Freddie « Cannonball » Albertoni is a Swiss bass player who has been on the Swiss-Italian Blues scene for 15 years. He has the founder of a renowned local blues/rock band called The Flag and for many years a bass player for legendary Swiss bluesman Bat Battiston. In autumn 2018, Federico Albertoni decides to tak the front role, to start singing and to for his own musicians who joined his sextet are his musical brother Mad Mantello ( guitar), drummerr Roberto Panzeni, Cristiano Arcioni (organ) and saxophone players Nigel Casey and Olmo Antezana. Having a small horn section allows Freddie’s band to have the swinging sound of the Blues of the 50s and to combine it with modern souds too. The band’s repertoire features many original songs as well as a substantial tribute to Jimmie Vaughan. The band’s first record, i.e. an EP entitled « F » which features four original songs, came out in June 2019. Freddie & the Cannonballs then had the chance to perfom at two major Swiss Blues  Festivals: Bellinzona Blues and Lugano Blues to Bop. 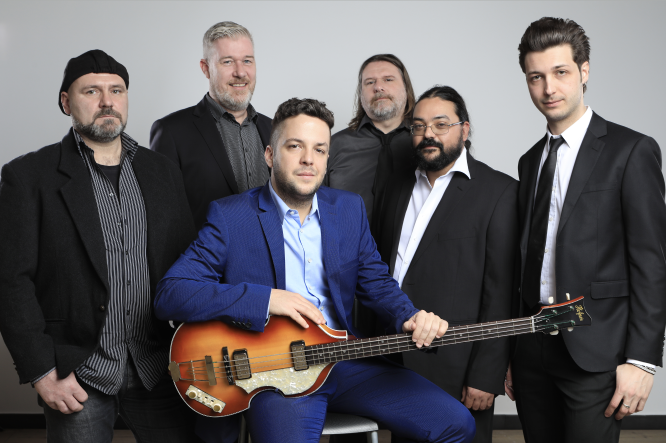